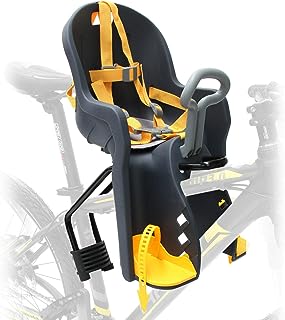 Saturday my earliest daughter and my middle Kids in Front Seat son [ages 15 and 11] got into a fight. It started as playing and was motivated by who would arrive at sit in leading seat of the automobile on the journey home from my oldest son’s friend’s house. The enjoy battle quickly ruined and became a real fight because my 15 year old is really a whole heck of a lot stronger than my 11 year old. It got hot, especially once the earliest tried to reason with me about why younger one shouldn’t reach stay in the leading seat [age, weight, and an tried hit under the belt]. The youngest one stood there, damage from the forceful grasp on his arms. Not good.

They both ended up sitting in the back seat and the journey house was used in quiet anger. Until the younger one sneezed and the older one automatically said, “Bless you “.Even yet in his frustration and the inequity of the situation, he however loves his brother. That one’bless you’helped dissipate my anger at them both and once we got home I called my earliest in to the laundry room where I was flip clothes. Just like the fight between my children had gone from a very important factor to some other, so the conversation between us started together issue and converted into anything completely different.

It started with me expressing my frustration that my daughter didn’t increase to the event and only let the little one sit in the front once we had been out in the very first place just to choose him [the older boy] up. From there it segued in to my boy showing me that what I see as managing is him doing points because he cares. My boy, taller than me and bigger and likely tougher, began to get emotional. He believed that I did not see how much he cares about his siblings. In his brain, he shows it. But what we see is him trying to give what he’s learned in the matter-of-fact way with which he lives his life. Points are arranged and orderly and he figures everyone else must produce choices and act in exactly the same way.

From this position, the conversation looked to people speaing frankly about the inner energy of my 11 year old. I told my daughter so it was likely correct that I really do, occasionally, do or let things that to the rest of my kids look unfair or without basis. My point to my earliest, which for the first time I think he actually understood, was that often I produce small concessions for my younger son in order to give him little bits of joy or triumph or happiness. True, they are perhaps not meaningful parts, but to an 11 year previous, sitting in the front seat as soon as your big brother is sitting in the trunk could be a time of delight or triumph that someone else might not understand.

And when you have a young child that has an condition, or persistent condition, you look for anyone little things to pay for the larger deficits or challenges. Right or incorrect, it’s what I actually do, and my older daughter understands that now. He also, for initially, set himself in his brother’s shoes and really considered how difficult points will be if he’d the same challenges. It set points in perspective, at least at that moment.

Just what exactly does this have related to characters? Just that the whole interchange, from the battle about the front chair to the final discussion between my earliest boy and me, revealed me heroic characteristics in both of my boys. It showed me how children are if they start to mask their emotions and how, the same as adults, they frequently believe they’re showing the planet something that they really aren’t. But it’s the motives underneath, combined with how they show them, that begin to establish their character.

As a parent, I believe I served guide my boy via an emotional obstacle on Saturday by speaing frankly about it. One conversation generated anything entirely different, and getting that possibility to speak with him about this developed a means for him to check out their own motives and, as a result, for him to start to establish the heroic qualities within himself.

Misa Ramirez is the author of the Lola Cruz secret collection: Living the Vida Lola (January’09) and Hasta la Vista, Lola! (2010) from St. Martin’s Minotaur. A former middle and high school teacher, and recent CEO and CFO for Manhunter Familia Ramirez, this blonde-haired, green-eyed, proud to be Latina-by-Marriage lady loves following Lola on her many adventures. Whether it’s considering stomach switch piercings or visiting nudist resorts, she is generally up for the challenge. Misa is hard at focus on a new women’s fiction book, is printed in Woman’s World Magazine and Relationship Writers Report, and has a kids’ guide published.